This is a guest blog by Gabriele Laing, One Health Policy Advisor, SCI Foundation. It was adapted from its original publication on RSTMH’s website.

As a veterinarian I have always been fascinated by the endless variations and diversity of species that exist in the natural world. Nature makes fascinating adaptations to allow each species to occupy its niche…

Why do cows have four stomachs? To allow them to breakdown grass – an otherwise difficult to digest but abundant food!

Why do giraffes have such long necks? To allow them to reach nutrient rich foods at the top of trees without competition!

Across the world, countless lives have been saved and improved by medicines derived from the natural world. These natural compounds – often too complex to have been easily discovered in a laboratory – have led to huge impact in both public and veterinary health. The most famous example must be Alexander Fleming’s discovery of penicillin in 1928, – the first antibiotic, from a fungal mould found growing on a dirty laboratory plate.

Since then, discoveries of other life-saving drugs from plants, microbes and animals have been made:

The most diverse organisms on the planet are microbes, but it is estimated a mere 5% have been investigated to date. Exploring this diversity may be crucial for new drug discovery and in overcoming the increasing challenge of resistance to antibacterial and anthelmintic drugs that is threatening our ability to treat many conditions. 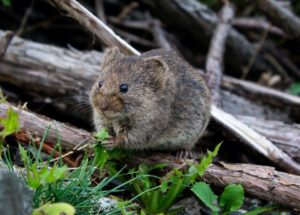 The next frontier in medicine from the natural world will likely be in genetics. Recent leaps in our ability to examine the genetic code of species has identified many more variants than were ever suspected. Hidden within this vast genetic biodiversity are surely genes with the potential to heal or resist disease.

At the same time, as searching for exciting new genetic opportunities, it is worth remembering that of the genes we know, we share almost all with the humble mouse. Mice, along with other small mammals, have allowed safety and efficacy testing of numerous essential medicines and chemicals. They have also allowed us to understand hereditary disease better, with the genes for hereditary deafness being discovered in the last 20 years.

The importance of One Health

One Health is a conceptual approach to assessing health that recognises that there are many interconnections between human, animal and environmental health. Although many health benefits can be taken from nature, we should always consider how our actions might impact upon the ecosystem or what risks might arise.

Emerging zoonotic diseases are often viruses that exist in animals which make the jump into humans as a new host – most recently of course COVID-19. In similar emergence events, this has been at the human-wildlife interface. Emergence events are a particular concern where humans interact in ecosystems not previously contacted or where wildlife are put into stressful situations. For example, as might have occurred with hunting bushmeat and the emergence of Ebola or live wildlife being sold on markets in Wuhan as a suspected as the source of the current pandemic.

Unfortunately for many in the field, COVID-19 was not an unexpected occurrence and future emergent disease outbreaks are almost inevitable. Preventing future outbreaks and reducing the likelihood of similar pandemic events is now a priority, and the focus should be on our interaction with the natural world and each other.

An outbreak prevention strategy will utilise the One Health approach, recognising that our interactions with other species and their environment must be better managed. And after deriving so many critical and life-saving health benefits from biodiversity and nature, now is the time to start repaying the favour and protecting our environment.

This website uses cookies to improve your experience while you navigate through the website. Out of these, the cookies that are categorized as necessary are stored on your browser as they are essential for the working of basic functionalities of the website. We also use third-party cookies that help us analyze and understand how you use this website. These cookies will be stored in your browser only with your consent. You also have the option to opt-out of these cookies. But opting out of some of these cookies may affect your browsing experience.
Necessary Always Enabled

Any cookies that may not be particularly necessary for the website to function and is used specifically to collect user personal data via analytics, ads, other embedded contents are termed as non-necessary cookies. It is mandatory to procure user consent prior to running these cookies on your website.